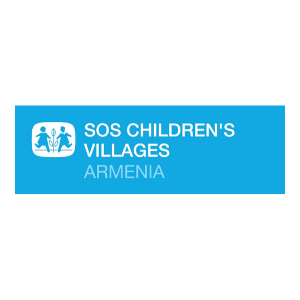 “SOS Children’s Villages” Armenian Charity Foundation started its activities in the Republic of Armenia immediately after the devastating Spitak earthquake in 1988. The Foundation is a child-centered organization whose mission is to provide family-like care for children in difficult life circumstances. Based on this, the Foundation operates in two directions: alternative care services, as well as family strengthening services provided for the socially insecure families with minor children.

In 2020, in response to the sharp deterioration of the socio-economic situation of the population in the Republic of Armenia after the outbreak of COVID-19 and the catastrophic consequences of Nagorno-Karabakh conflict, the Foundation launched COVID-19 response programs in Yerevan and Kotayk region, as well as the emergency response programs for youth and families with minor children displaced from Nagorno-Karabakh.

In 2021, the “Yerevan” branch was opened, uniting under one roof the family strengthening and other charitable programs operating in Yerevan.

Today, activities of “SOS Children’s Villages” Armenian Charity Foundation include 24/7 alternative care for children (long term and short term), Mother and Child Shelter, and Family Strengthening programmes, as well the emergency response programs implemented in Kotayk and Tavush regions, Yerevan city and Dilijan town. The programs implemented by “SOS Children’s Villages” Armenian Charity Foundation are aimed at the improvement of the child protection system in the Republic of Armenia, as well as at ensuring the right of the child to live in a family.