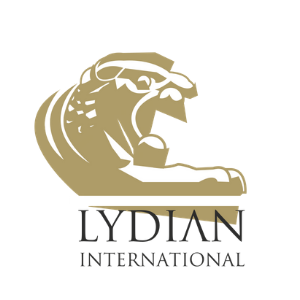 Lydian Armenia CJSC is an Armenian mineral exploration and development company. LydianArmenia CJSC is a 100% owned subsidiary of Lydian International Limited. The companyis a legal successor of Geoteam CJSC that was incorporated in 2005 and after an extensivecampaign of geological exploration in Armenia discovered what is now Lydian Armenia’sflagship project, Amulsar Gold Mine. Amulsar is a new gold discovery, the first for over 20years in Armenia.Lydian Armenia (previously Geoteam CJSC) is carrying out geological exploration in theAmulsar area of RA Vayots Dzor Marz since 2006. Located along a high ridge top on the borderof RA Vayots Dzor and Syunik Marzes, the Amulsar deposit is 170 km south of Yerevan.In 2014 mining right and environmental permit for the project construction were grantedto the company. In 2015 Lydian International disclosed Environmental and Social ImpactAssessment of Amusar Project; its updated version was disclosed in 2016. After havingsecured necessary financing in 2016, the construction of Amuslar project is now underway.Lydian Armenia is committed to construct and operate Amulsar mine in line with industry bestpractice and IFC and EBRD Performance Standards and Requirements.Lydian International is a publicly quoted company listed on the Toronto (Canada) Stock Exchange(TSX: LYD). IFC and EBRD are among the institutional shareholders of the Company.