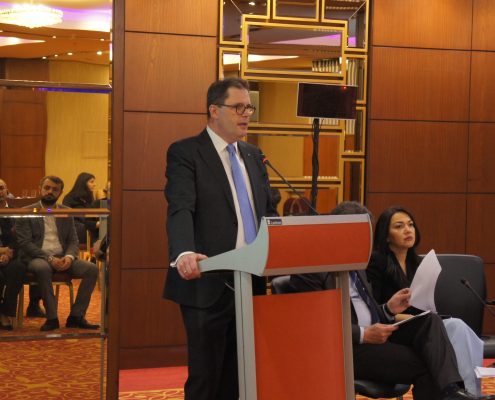 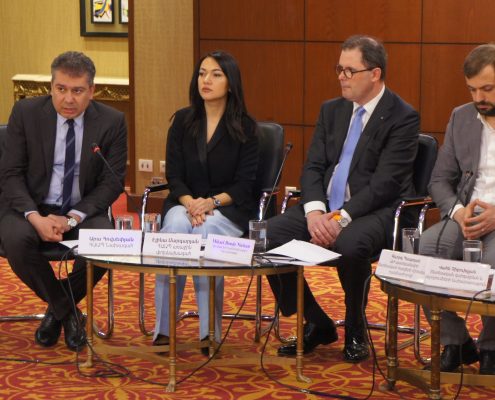 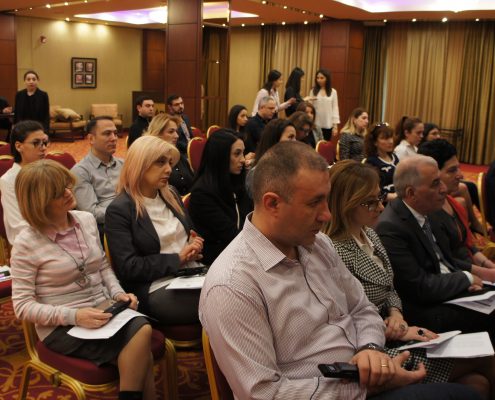 On 5 April, 2019 The American Chamber of Commerce in Armenia (AmCham) and Union of Manufacturers and Businessmen of Armenia (UMBA) jointly organized a public hearing on the decision of the Government of Armenia to cease the provision on taxation on the non-alcoholic beverage and water sector within the Tax Reform initiative and expressed their willingness to lead and participate in the related public hearings and government working groups. Coca-Cola Hellenic Bottling Company, as well as other AmCham members such as Jermuk International and Pepsi-Cola Bottler Armenia were also affected by this provision. AmCham president Mr. Ara Hovespyan (ContourGlobal Hydro Cascade) and vice-president Ms. Elina Makaryan (Coca-Cola Hellenic Bottling Company Armenia), Mr. Mikael Bonde Nielsen (Director of Economic Affairs of the Coca-Cola Company), Gevorg Papoyan (MP/Standing Committee on Economic Affairs), and Arsen Ghazaryan (UMBA president) were in the panel of the public hearing platform. AmCham was honored to host Mikael Bonde Nielsen who shared the best practices on various taxes including the international experience on excise tax and recommendation on its effective implementation.