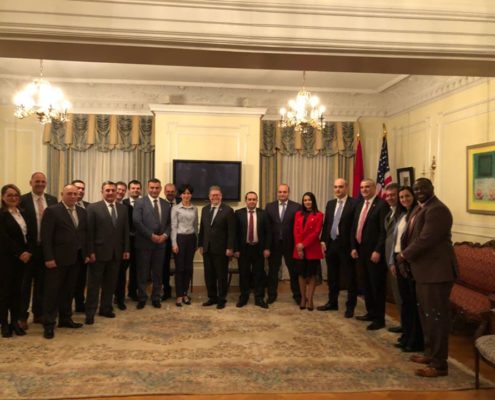 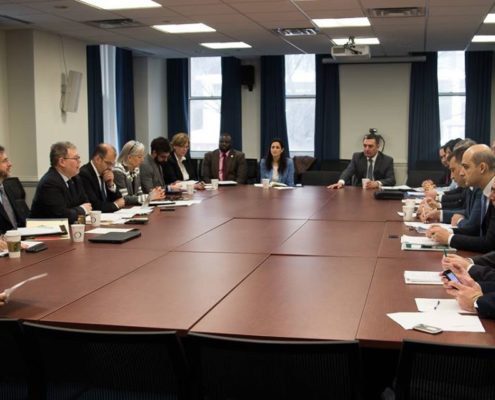 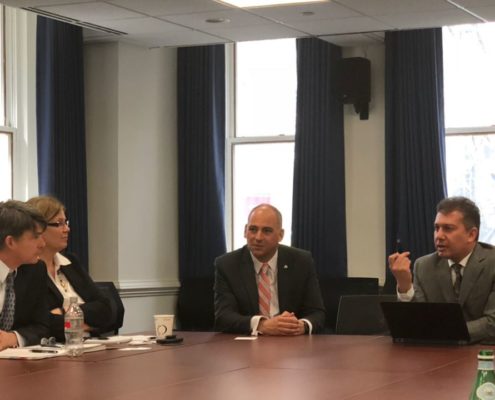 On 19 March 2018, at the premises of United Stated Trade Representative Office in Washington D.C., United States and Armenian high-level government officials held its Council Meeting in the scope of U.S. – AM Trade and Investment Framework Agreement (TIFA). The purpose of Government-to-Government meeting was to discuss opportunities for expanding and to identify barriers and ways to remove impediments for enhancing trade and investments between the two countries. The discussion was focused on Technical Barriers to Trade, Sanitary and Phytosanitary Measures, Customs, and Intellectual Property Rights. Given than TIFA Council aimed at engaging the private sector, at the Business-to-Government session of the Council meeting, the AmCham President, Mr. Ara Hovsepyan, presented cross-sectorial issues raised by Armenian’s business community – such as lack of communication of the RA Government on reforms agenda, unbiased and fair Competition law enforcement, Intellectual Property Rights Protection, predictability of regulatory framework, and limited communication on Eurasia Economic Union reforms and EU – Armenia Comprehensive and Enhanced Partnership agreement. The AmCham also discussed issues specific to agriculture, Information and Communication Technologies, as well as Pharmaceuticals and Biotechnology sectors. Mr. Ara Hovsepyan encouraged two governments to actively collaborate with the private sector on the enhancement of US-AM trade and investment relations through the engagement into Council’s Working Groups. Another key recommendation was to create an “accountability” mechanism to keep the business community involved and up-to-date with the progress made towards resolving identified issues. “The American Chamber of Commerce in Armenia, as one of the leading and dynamic business communities in the country, is ready to support the public-private sectors’ constructive dialogue and provide its solutions based on the breadth and depth of its 120+ companies’ experience, capacity, and potential,” stated Mr. Hovsepyan. The Business-to-Government session was concluded by the presentation of Coca-Cola HBC Armenia General Manager, Mr. Christoph Speck, on opportunities and challenges ahead in the continuation of Coca-Cola’s 22 years of success story in Armenia. Trade and Investment Framework Agreement between the U.S. and Armenian Governments was signed on 7 May 2015 and aims to enhance bonds of friendship and spirit of cooperation, to expand trade, and to strengthen economic relations between the two countries. AmCham had a chance to interview TIFA Council participants upon arrival to Armenia, which is available in the next section of our newsletter. 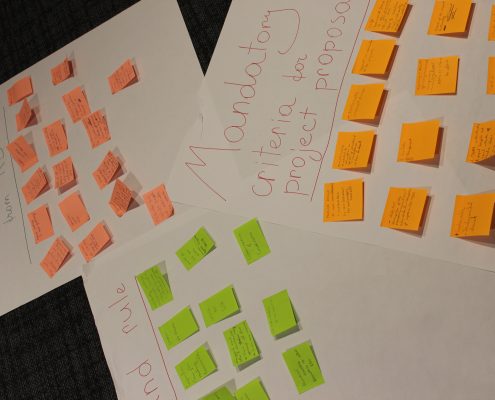 On 13 March 2017, AmCham in cooperation with CSR Armenia NGO held a discussion meeting with AmCham NGOs in the scope of Responsible Business Network. The event served as continuation to the RBN corporates’ workshop of 28 February 2017 and pursued the agenda of explaining the NGO representatives the expectations, ground rules, and project proposal writing and funding procedures of RBN. Furthermore, AmCham NGO sector representatives offered their own feedback and raised important questions in regards to project proposals, specifically connected to the upcoming speed dating event planned for 10 April 2017.