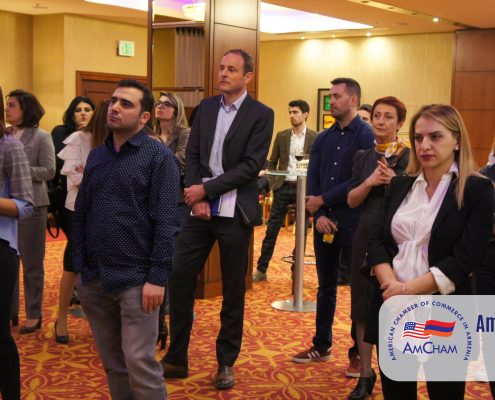 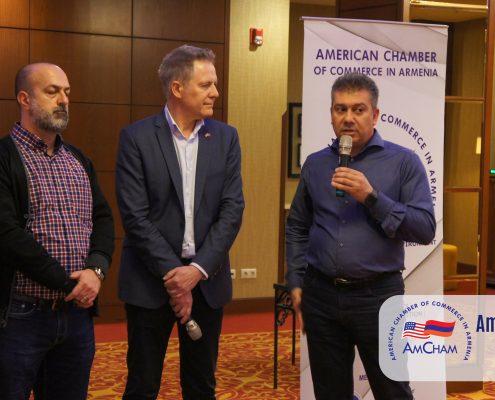 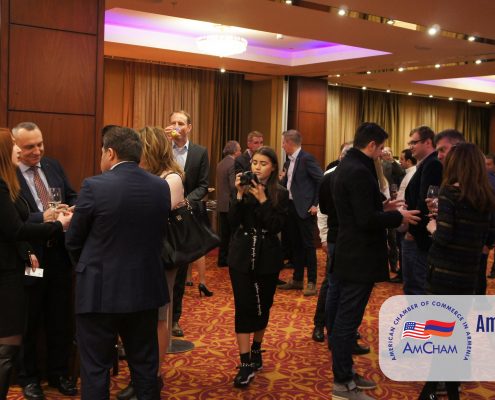 On 13 March, 2019 AmCham and the German Business Association (DWV) hosted a joint informal networking event at Armenia Marriott Hotel Yerevan. The idea of holding such an event was to boost mutual ties amongst both organizations as well as their respective members to meet and get to know each other. Both AmCham and the DWV represent the interests of major businesses in the country from almost all sectors of the economy, advocate to improve business and investment climate in Armenia and serve as a social and networking platform for the members. The event began with refreshing drinks, snacks and live music from a trio and quickly ascended to an evening of networking and engagement. As an official part of the evening, AmCham President Ara Hovsepyan and DWV President Hasni Kosejian gave a speech representing the organizations, outlining the achievements and talking about the future plans.