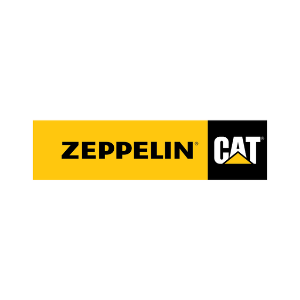 Early in the 20th century, the vision of the founder Ferdinand Count Zeppelin stimulated inspiration and enthusiasm throughout the world. With his airship, he comes up to symbolize innovation and progress for people everywhere. Yet, the Zeppelin Group owes more to Count Zeppelin’s pioneering spirit than just the frame of the past. More than hundred years later, the founder continues to inspirit the employees of Zeppelin.

“Zeppelin Armenia “ LLC, as part of the German Zeppelin Group, is the exclusive dealer in Armenia of Caterpillar Inc. USA, the world’s leading manufacturer of construction and mining equipment, diesel and natural gas engines, industrial gas turbines and diesel electriclocomotives. Zeppelin Armenia was established in 2005 with its main office in city Abovyan(close to Yerevan) and service centers in south (Kajaran) and north (Teghout) of Armenia.Zeppelin offers high quality of construction, road construction, and mining equipment, powersystems, diesel and gas generator sets, spare parts, oils, compounds and other consumables of world known manufacturer Caterpillar.

Zeppelin also provides professional services, with a team of more than 70 high qualified mechanics from inspections and preventive measurements, via maintenance and repair worksup to complete overhauls of components as engines, transmissions, suspensions, etc. Zeppelin Group employs 7700 people at 190 locations in 30 countries around the world. Thename Zeppelin stands for diversity, quality, and commitment, but also for culture of values, inthe spirit of Count Zeppelin himself. A culture based on excellence and integrity, which striveson a daily basis to achieve the best for its customers, its employees, and its shareholders.