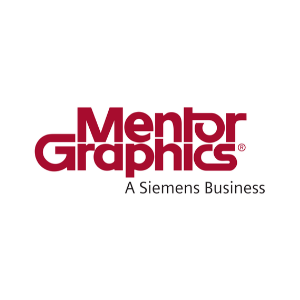 Mentor Graphics Corporation (Nasdaq: MENT) is a world leader in electronic hardware and software design solutions, providing products, consulting services and award-winning support for the world’s most successful electronics and semiconductor companies. Established in 1981, over the last 12 months the company has reported revenues of over $825 million and employs approximately 4,500 people worldwide. Corporate headquarters are located at 8005 S.W. Boeckman Road, Wilsonville, Oregon 97070-7777.

In 1981, the idea of computer-aided design for electronics as the foundation of a company occurred to several groups – those who founded Mentor, Valid Logic Systems, and Daisy Systems. One of the main distinctions between these groups was that the founding engineers of Mentor, whose backgrounds were in software development at Tektronix, ruled out designing and manufacturing proprietary computers to run their software applications. They felt that hardware was going to become a commodity owned by big computer companies, so instead, they would select an existing computer system as the hardware platform for the Computer Aided Engineering (CAE) programs they would build.

By February 1981, most of the start-up team had been identified; by March, the three executive founders, Tom Bruggere, Gerry Langeler and Dave Moffenbeier, had left Tektronix, and by May the business plan was complete. The first round of money, $1 million, came from Sutter Hill, Greylock, and Venrock Associates. The next round was $2 million from five venture capital firms, and in April 1983 a third round raised $7 million more. Mentor Graphics was one of the first companies to attract venture capital to Oregon.

When Mentor entered the CAE market the company had two technical differentiators. The first was the software – Mentor, Valid, and Daisy each had software with different strengths and weaknesses. The second was the hardware – Mentor ran all programs on the Apollo workstation, while Daisy and Valid each built their own hardware for schematic capture, but ran simulation and other programs on larger computers such as the MicroVAX.

After a frenzied development, the IDEA 1000 product was introduced at the 1982 Design Automation Conference, though in a suite and not on the floor.

By the time the founder Bruggere ran for the U.S. Senate in 1996, the company had grown to annual revenues of $384 million.

Mentor Graphics is a global company with product development being done in the USA, Europe, Japan, Pakistan, India, Egypt and Armenia.

In July 2008, Mentor Graphics established its presence in Armenia by acquiring the assets of Ponte Solutions, Inc., the Mountain View, CA developer of model-based design for manufacturing (DFM) solutions that analyze, predict, and reduce the impact of process variability during the manufacture and design of semiconductors.