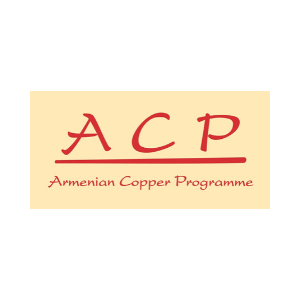 Armenian Copper Programme cjsc (ACP) is a private company registered and operating in Armenia since 1997. ACP is engaged in exploration, development, production, processing and marketing of minerals and metals. The company owns the only copper smelting facility in the whole region. ACP facilities are designed for annual production of up to 10.000 metric tons of blister copper, produced from copper concentrate.